The professional body for the circus industry 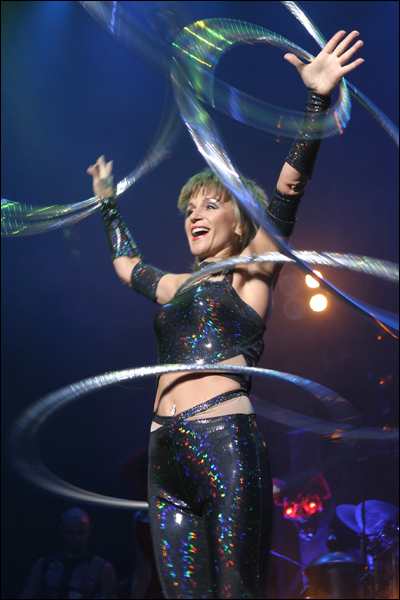 The ACP is one of only two showman’s bodies which holds exemption under the Caravan Sites and Control of Development Act 1960 for its members.

The ACP has been actively involved with the formulation of the TIER 5 creative and sporting visa provision for performers coming to the UK and today has direct communication with its own premium service account manager at UKVI, the department responsible for processing visa applications from all over the World.

The ACP has negotiated directly with the Foreign Entertainers Unit of the HMRC allowances against the liability to tax under the Finance Act 1986, which are specific to circus artists and continues that dialogue.

The ACP closely monitors the application of the Road Traffic and Vehicle Licensing legislation and has on-going discussions with VOSA regarding the exemptions available to genuine circus proprietors.

The ACP was successful in achieving agreement with Transport for London on the specifications for circus vehicles which are exempt from the LEZ charge, it continues to monitor the situation.

With the support of Peter Luff MP the ACP has campaigned forcefully against the provisions against the inclusion of circus in the Licensing Act 2003, leading eventually in 2015 to the abolition of Circus under the licensing regulations entirely up to 28 days at any one venue.

The ACP actively supports all initiatives to enhance the education opportunities for circus and fairground children through either school placement or distance learning programmes and has met with representatives of the Department of Education to express its concern.

When on tour a circus will usually have the benefit of Permitted Use under the Town and Country Planning (General Permitted Development) Order when using a circus site. Circus permanent quarters require planning consent and the association was consulted by The Department for Communities and Local Government, which led to the issue of Planning Circular, “Planning for Travelling Showpeople” 2004/2007.

The ACP monitors developments in HSE Regulation and has contact with HSE to discuss their application to the circus industry.

There are no members of the ACP currently using non domestic animals in their shows. The ACP policy is that it is for individual members to decide whether they wish to use animals, provided that the best standards of animal welfare and husbandry supported by strict veterinary inspections can be illustrated. The ACP welcomes the Government’s recently introduced circus animal inspection scheme but considers that the requirements may not be sufficiently strict or, in parts, are illogical and has made representations to that effect. The ACP has acknowledged that there are certain species of wild or exotic animals which are inappropriate for use in a travelling circus.

In 2008, 2011 and 2018 the Association of Circus Proprietors of Great Britain have been invited to a parliamentary assembly held within The House of Commons.

The ACP held their celebration of 250 years of circus in the houses of parliament recently, geographically less than a mile from where it all began all those years before.

Although not the first parliament.. [More]

ACP members offer a comprihensive range of services including: The hiring of theatre styled tents of varying sizes with lighting, foyers and ancillary tents which provide a versatile performance, concert or conference venue.

Complete circus shows for hospitality or promotional events in a tent or at the clients own premises. [More]

The ACP was formed in 1932 to promote the highest possible standards and ideals within the circus industry. Its members are leading circus proprietors in England, Scotland, Wales and Northern Ireland. Its function is to discuss with local Government, Local Authorities and other bodies the issues that affect the circus industry and make the decisions that will ensure its continued development as a vibrant, exciting and popular art form. [More]